From uranium to nuclear fuel

Uranium ore from the earth's crust is polished and ground. Uranium minerals are dissolved in acid or alkaline solutions to produce a refined concentrate of uranium oxide (chemical formula U3O8), also known as yellow cake. 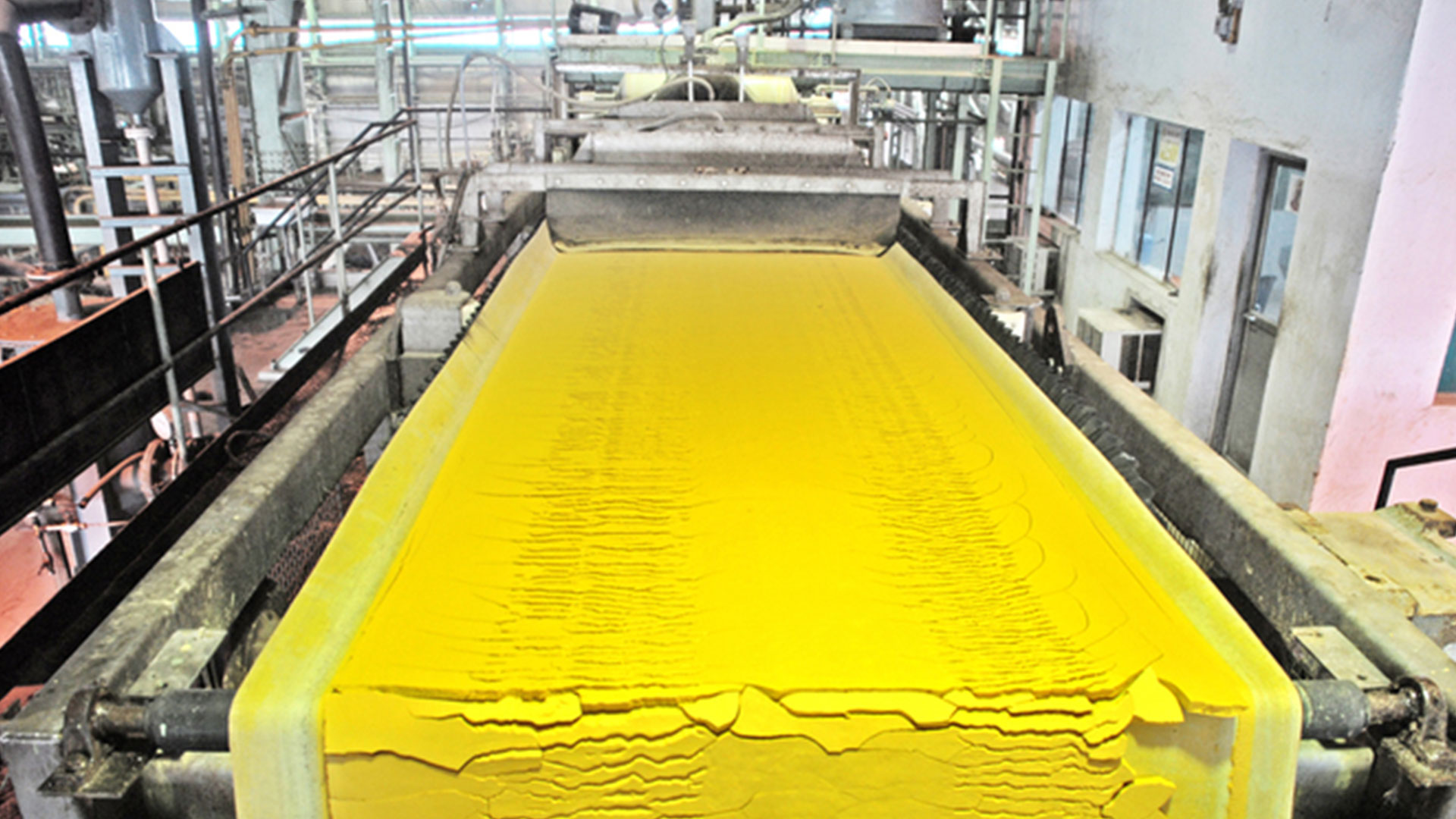 Yellow cake is an extremely clean naturally-occurring uranium which contains only 0.71% of uranium-235. Since most nuclear reactors use 1–5% enriched uranium-235, yellow cake production is followed by enrichment.

Uranium enrichment means to increase the percentage of uranium-235 isotope by separating uranium-238 isotope from the uranium‑235 isotope. The most effective process to achieve this is in a gas centrifuge where the slightly heavier molecules of the uranium-238 isotope collect near the walls and the lighter molecules collect near the central axis. The enriched product is then drawn off. Since the percentage of uranium-235 isotope increases, the process is called enrichment. 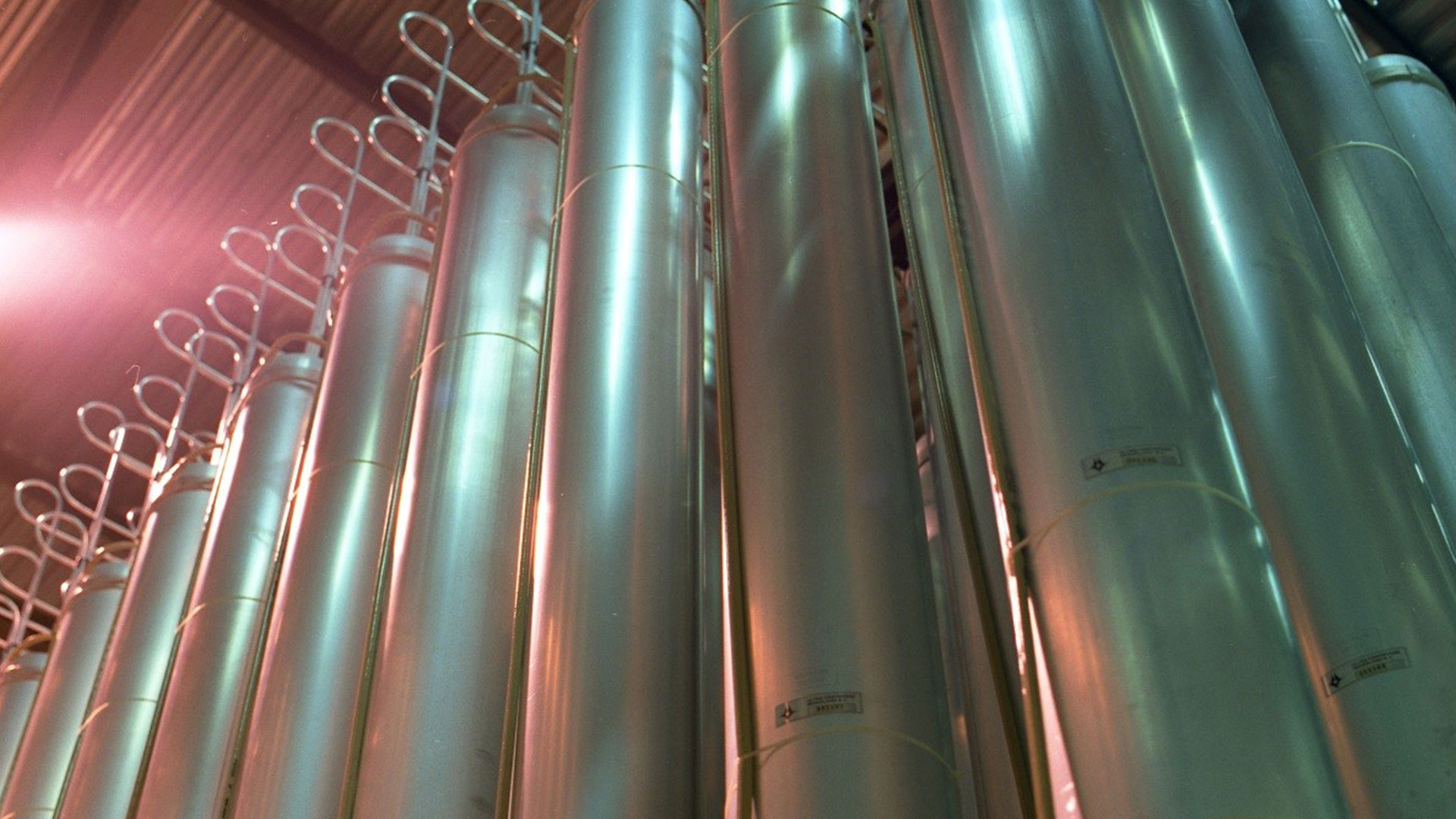 Since the uranium in the reactor must have a maximum resistance to high pressure and temperature, the enriched uranium hexafluoride is converted from the gaseous state into a robust solid form. The gas is converted into uranium dioxide (UO2) and then sintered (pressure and heat treatment). The final products are enriched uranium pellets with thermal properties similar to ceramic with a melting point of 2800 °C.

Fuel pellets are hermetically sealed in the tubes of fuel rods made of zirconium alloy – a metal with good chemical and mechanical properties. The space between the cladding of the fuel rod and the pellets is filled with helium which prevents rods from deformations that may occur due to the operating conditions in the reactor (pressure above 150 bar). Fuel rods are then joined in a fuel assembly. 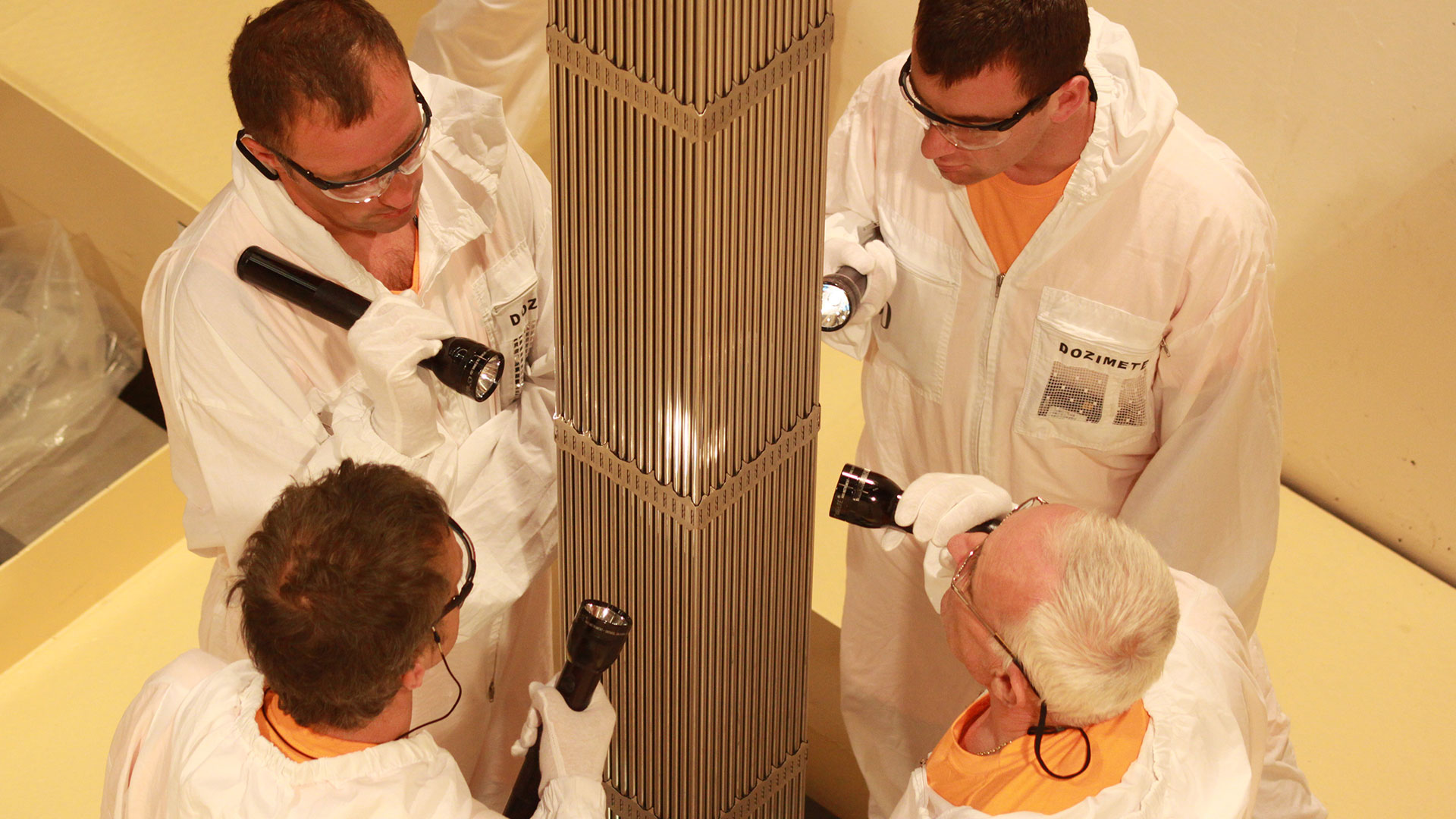 Step 4:Use of nuclear fuel in the nuclear reactor

Fresh fuel is not radioactive before it enters the reactor and this enables simple handling. The core of the reactor consists of several fuel assemblies; in NEK, there are 121 and 56 of these are new, whereas others remain from the previous nuclear fuel cycles. When the chain reaction is completed, the fuel in the reactor becomes highly radioactive and produces large amounts of energy (heat). Fuel assemblies are cooled down by water in the primary coolant which transfers heat to the secondary system.

After being removed from the core, spent fuel is stored in the Spent Fuel Pool particularly in order to be properly cooled. After approximately five years, it is possible to store the fuel in special casks in a spent fuel dry storage as they enable proper cooling of this fuel and capture radiation. Dry storage means that the heat generated by the spent fuel is emitted into the air without any radiological impact.

Spent fuel may also be used as secondary raw material from which reprocessed uranium and plutonium are obtained. These can be used for new nuclear fuel. Without being processed, the spent fuel could become a highly radioactive waste, and when it is processed, only the remaining waste from the processing is treated as waste. 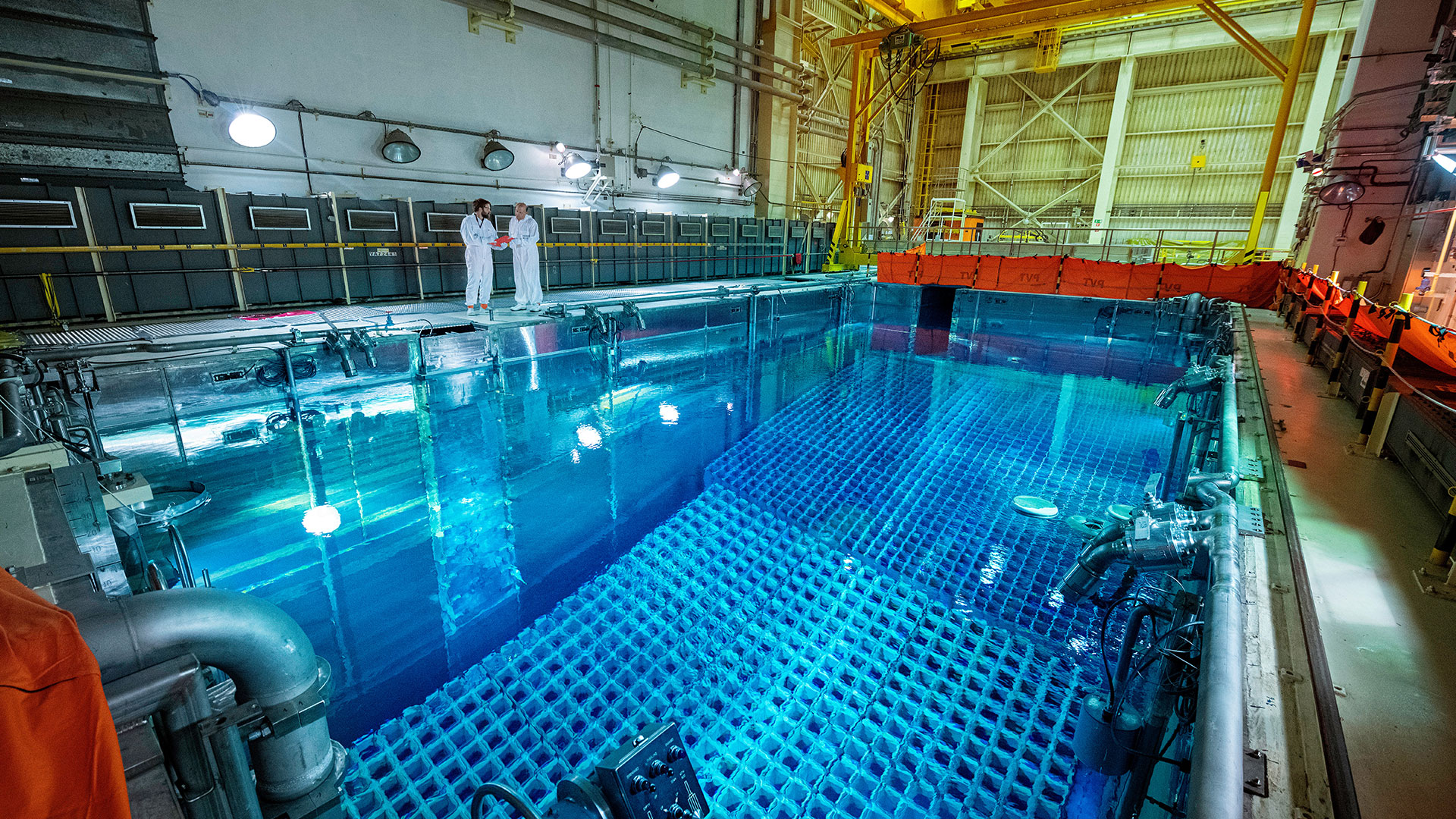