Where is uranium found?

Uranium is not a stable element and it gradually decays, which means that it emits energy. The released energy is stored in the Earth's crust and it contributes to the geothermal energy of our planet. The decay time of uranium is comparable to that of the earth, so it is still found in the Earth's crust. The most represented isotopes of uranium in nature are uranium 238 (99.29%) and uranium 235 (0.71%).

What are the properties of the uranium atom?

Uranium was discovered in 1789 by the German chemist Martin Klaproth and it was named after Uranus, the planet, which was discovered a few years earlier. It is considered one of the heaviest naturally-occurring elements as it is 18.7 times as dense as water.

Its main feature is that it is fissile with neutrons, which was accidentally discovered in 1938. Before that, it was not known that a neutron could break a nucleus to two parts and release a very large amount of energy. Thus, uranium 235 is the only naturally-occurring element fissile by thermal neutrons; all other elements, such as the plutonium, are produced artificially.

What is nuclear fission and how does it work?

Nuclear fission is a physical process in which the neutron is absorbed in the core of a heavy element and splits it into two lighter cores, converting part of the mass into energy. 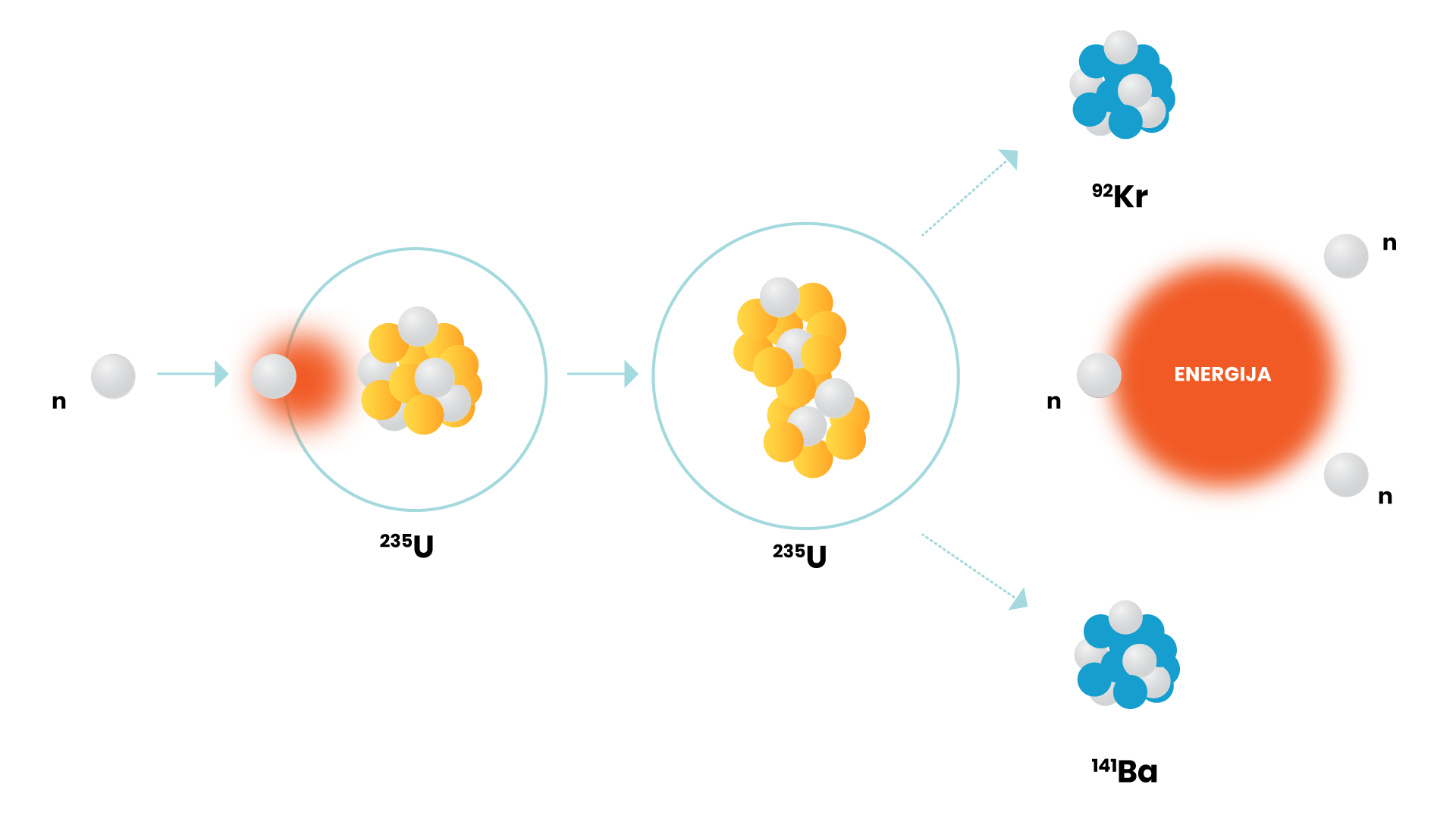 The energy released is reflected in the speed of the newly formed particles, where the major part is carried away by two new atoms (fission fragments), two to three neutrons and gamma rays. Fission of a uranium atom releases about 200 MeV of energy. The latter can be illustrated as follows: One uranium fuel pellet (1 cm in length and diameter) has about as much energy available as 17,000 cubic feet of natural gas.

Nuclear fission takes place within a nuclear reactor; it is also called a controlled chain reaction because the uranium nuclei are split in a controlled way, releasing energy in the form of heat.

From uranium to nuclear fuel

Explore the nuclear fuel cycle – enrichment of uranium, fabrication of fuel elements, use of enriched uranium in a reactor, and storage of spent fuel.