What is a nuclear chain reaction?

The process is called nuclear chain reaction and it takes place inside a nuclear reactor. In the reactor, this process is controlled because among the newly emerging neutrons exactly one causes fission of uranium-235.

However, chain reaction is not always maintained by the neutrons emitted during a fission event. A small percent, i.e. approximately 0.6%, of neutrons is not a direct product of fission but a product of radioactive decay of fission products. Such neutrons are called delayed neutrons because they are born even up to 10 seconds after the fission and despite the fact that they only represent a small part of the controlled nuclear chain reaction, they play a crucial role in it.

Radiation is a consequence of unstable nuclei which emit excess energy to become more stable. This process is called radioactive decay.

Radioactive decay is a process by which an atomic nucleus loses energy by changing a neutron to a proton and emits an electron. Atomic electron radiation is called beta radiation. The remaining energy after this change is radiated in the form of gamma rays.

Gamma radiation is high-energy electromagnetic radiation. The energy of gamma rays is similar to the energy of X-ray radiation, though even higher. We protect ourselves from gamma rays with concrete walls, shields made of dense elements, such as lead, and the shield in the spent fuel pools is water.

Heavier nuclei, such as uranium and plutonium, radiate larger particles made up of two protons and neutrons; this is called alpha radiation. Alpha and beta particles are electrically charged and this causes ionisation of matter around them. Then they quickly lose their kinetic energy and stop. Alpha particles are blocked by epidermis or a piece of paper and beta particles by a thick plastic foil or a layer of aluminium.

This is all ionising radiation. Human senses are not able to sense these; however, instruments can reliably detect and accurately measure them. 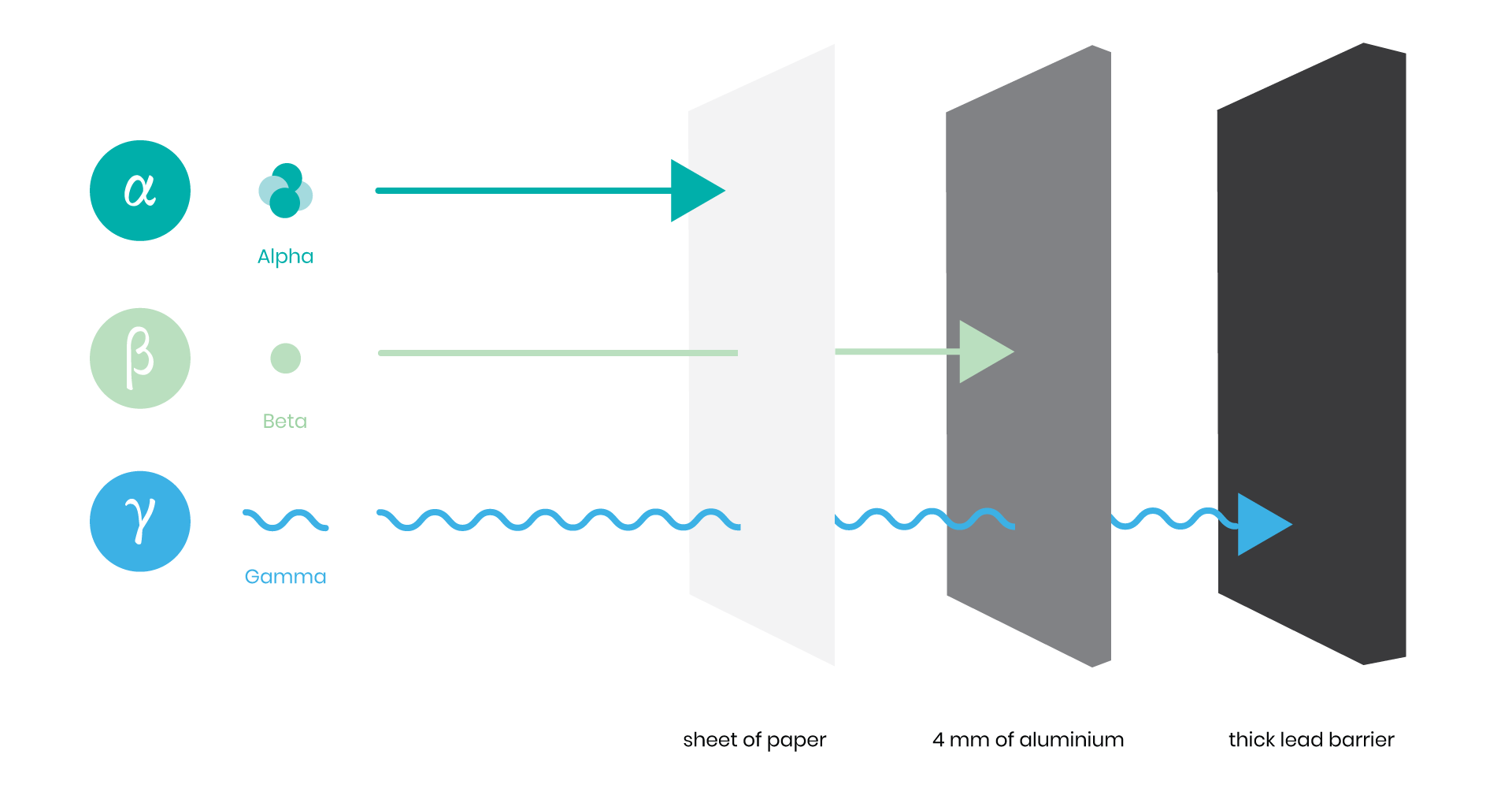 Use of nuclear energy in Slovenia and around the world

The importance of electrical energy, its transmission, and the use of nuclear energy in Slovenia, Europe, and the world.